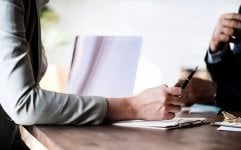 In the case of Turner v. Dionne, 2018 BCSC 1075, the Court addressed the issue of a money management award for the Plaintiff, Ms. Turner. In an earlier judgment issued ten months earlier on October 25, 2017, the Court found the defendant liable to the plaintiff, Ms. Turner, for damages for injuries arising out of a motor vehicle accident. Ms. Turner was awarded damages totalling $1,426,002.83.  This sum included $950,000 for future loss of earning capacity and $145,489 for cost of future care.  The parties were given permission to make submissions concerning costs, management fees and tax gross-up.

Issues about costs, pre-judgment interest and tax gross up were settled without issue. The central issue between the parties was whether the plaintiff, Ms. Turner, was entitled to a management fee award and, if entitled, the amount.

Money management awards are granted if the plaintiff lacks the intelligence and acumen to invest funds awarded for future care to produce the expected rate of return. It is not necessary for the plaintiff to establish mental impairment due to the negligence of the defendant.

A plaintiff seeking to recover either money management award or an investment counselling fee must establish that management assistance, investment advice, or both, are necessary. This can be proven on the plaintiff’s own evidence, or on the evidence of relatives and friends, as to the plaintiff’s intelligence, schooling, and level of sophistication. In cases in which the plaintiff’s natural intelligence and judgment have been diminished by brain injury, the medical evidence should draw attention to the plaintiff’s need. The size of the estimated money manaagement award will depend on a number of factors such as the fee schedule quoted by the financial institution, the size of the other damages awarded, the age of the plaintiff and the number of years for which management fees will be required.

In this case, the plaintiff sought a management fee of $247,353 based on a mixed portfolio, or, alternatively, $107,373 based on an interest-only portfolio.  Those are the amounts set out in the economic expert, When the parties were back in court to argue about the money management award, there was no evidence of what the plaintiff did with the judgment money since it was awarded in October 2017. There was no evidence at all of the plaintiff’s circumstances since the trial ended.

The defendant argued that the plaintiff has failed on the evidence to establish that any management assistance or investment assistance was necessary. The defendant argued that therefore she has failed to establish that she has any entitlement to an award.  The defendant claimed that financial advice entirely appropriate to the plaintiff’s circumstances is available at no charge through banks and other similar financial institutions and would allow the plaintiff to produce a rate of return equal to the discount rate.  The defendant argued that, at most, a relatively modest one-time lump sum would be sufficient to “bridge the gap” or to assist the plaintiff with investment advice and the preparation of an investment plan.  Such an award was made in Riding-Brown v. Jenkins, 2015 BCSC 1751.  There was a $10,000 award in respect of damages of about $1.2 million.  Also in Best v. Thomas, 2014 BCSC 2487, there was an award of $25,000 in respect of damages of about $2.6 million.

The Court found that the plaintiff is a thoughtful and mature woman now in her late 20s.  There was no evidence that, despite struggles with math and science, she has ever, either before or after the accident, had any problems managing money responsibly. There was no evidence that, since the judgment was released at the end of October 2017, she has struggled in any way to decide what to do with her award. The Court found that she is capable of making rational decisions about her financial future with the occasional assistance of a financial advisor and with the benefit of the complementary services that are available to bank customers.  The Court concluded, therefore, that only a money management award was justified, and the plaintiff was awarded $15,000 for management fees.

Hauer and Company assists people who have been victims of personal injury and can advance claims for all types of damages, including a money management award