Posted by khauer
in Wills Variation 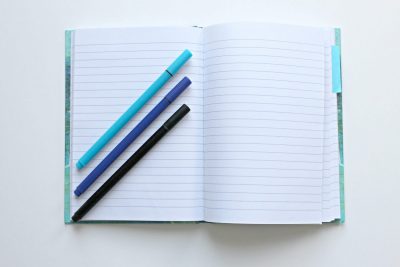 In the recent decision of Trudeau v. Turpin Estate, 2019 BCSC 150, was a wills variation / estate distribution action involving four sisters, two of whom disputed the testamentary disposition by their mother of her estate. The plaintiff sought declarations that the mother’s will was the product of undue influence by one of the other sisters, that the will is invalid, and that the estate should be administered as if it was an intestacy; or alternatively, an order varying the will in a manner that is fair and equitable to all four siblings. The alternative claim for an order varying the will is mirrored in a counterclaim filed by one of the plaintiff’s sisters.

Dorothy Isabel Turpin (“Isabel”) was born in 1928.  Isabel died on March 8, 2016 at the age of 88.  Isabel married Herbert Turpin (“Herb”) who predeceased Isabel.  Herb died on February 24, 2005. Isabel and Herb had four daughters: the plaintiff, Janice, now aged 68, and the defendants, Sylvia, aged 65, Laura, aged 60, and Dorothy, aged 56. In 1976, Isabel and Herb completed the construction of and moved into a home at 19505 78th Avenue, Surrey, BC (“Property”). The Property comprises 2.5 acres and contains a main house as well as an apartment over and alongside a separate two-car garage (“Coach House”) that was subsequently built by Herb.  Dorothy has had exclusive use of the Coach House as her residence since approximately 1980. Jealousy and suspicion among the four Turpin siblings was rampant throughout their lives, with Dorothy being the primary target

The Court found that Isabel chose to treat her children unequally and had no issue with it and that Isabel’s reasoning regarding her unequal treatment of her children was apparent on the evidence as a whole, particularly her journal entries.  She had a low opinion of and was disappointed with each of Janice, Sylvia, and Laura. They seldom visited Isabel.  In contrast, Dorothy had stayed with her and provided constant companionship, care, and comfort.

Janice maintained that the disposition set out in the Will was made by Isabel out of “spite” and that Isabel had been “mean and vindictive” towards her for many years. The Court declined to make such a finding.  Her treatment of Janice and her family was not out of spite but just Isabel being Isabel. She spoke her mind and held firm to her beliefs.  Isabel did not improve of her lifestyle. Isabel and Janice engaged in lengthy shouting matches over what many would consider small matters.  Sylvia and Isabel also had a very fractious relationship. In the fall of 2002, Sylvia and Isabel had a heated argument on the telephone over whether Sylvia’s then employer, the Abbotsford Zoo, should become unionized.  Isabel was pro-union and Sylvia was not.  The two of them did not communicate for close to two years. Laura and Isabel’s relationship was much better than Janice or Sylvia’s. Laura testified that, during the period 2005 to 2016, she often heard Isabel express disappointment with her daughters and occasionally heard her make statements to the following effect: I’ve done enough for them [meaning Janice and Sylvia] – they’ve got enough from us; I need to change the will – no one wants to let me do what I want.

Isabel maintained a journal. The parties were in agreement that the journal entries constituted necessary and reliable evidence of Isabel’s state of mind at the time the entries were made. In her diary she wrote, in part, about her feelings towards her daughters and how her estate assets should be divided. Her journal entry on March 21, 1997 states:

…This is my chance to say who I want to have what.  I wanted to write a will but your Dad and I couldn’t agree on what to do.  I definitely want Dorothy Margaret Turpin Sepulveda to have 60% of everything.  Then Laura 20%, Sylvia 10% Spencer Zigg share 10% but Spencer and Zigg don’t get it, it stays in trust till they are 30 thirty years old.  Dorothy I want you to execute this with a lawyer.

After Herb’s Death, on pressures from her lawyer and Dorothy despite Isabel adamant that she was going to do what she wanted to do, she relented and Isabel executed a will leaving the residue of her estate to her four daughters in equal shares (the “2005 Will”).

By far the most valuable asset of the Estate is the Property.  The current assessed value is approximately $2,238,200. In May 2005, Isabel wrote a note about how the Coach House property should be updated. Although this is not a case where Dorothy sacrificed her personal life or gave up a career or other opportunities in order to care for her parents, the Court found that, because she did not purchase her own home as did her siblings, Dorothy had a reasonable expectation that she would not be left homeless after Isabel died.  Indeed, Isabel’s journal entries indicate that she wanted Dorothy to have a house in consideration of her contribution to and caregiving of her over the years.

The Court found that Isabel’s journal entries and the various notes she wrote about her testamentary intentions are illuminating.  They echo not only what was ultimately contained in the 2015 Will but also the viva voce evidence of her four daughters.  As early as 1996, Isabel indicated an intention to divide her estate in a fashion not dissimilar from what she ultimately did.

As her physical health began to deteriorate during the period 2005 to 2015, Isabel had expressed to Dorothy on various occasions that “no one cares about me” and that she wanted to change her will to provide for Dorothy receiving a larger percentage of the estate, because she wanted to make sure that Dorothy had a house. On January 6, 2015, Isabel executed a last will and testament (“2015 Will”) naming Dorothy as her executor.   The 2015 Will provides for the residue of Isabel’s estate (“Estate”) to be divided as follows: 60% to Dorothy, 30% to Laura and 5% to each of Sylvia and Janice.

The Court found no undue influence was exerted by Dorothy on Isabel. Dorothy never exerted aggressive or suggestive behavior towards Isabel regarding Isabel’s testamentary intentions.  Indeed, the evidence is to the contrary as Isabel dominated all of the relationships she had with her children.

Accordingly, the claim by Janice that the 2015 Will was the product of undue influence by Dorothy such that the 2015 Will is invalid was dismissed. The 2015 Will was varied pursuant to s. 60 of the Wills, Estates and Succession Act to provide that estate distribution would be as follows: 50% to Dorothy, 30% to Laura, 10% to Janice and 10% to Sylvia.

If you have been wrongfully disinherited and are looking to a wills variation or estate distribution lawyer, call Karl Hauer at Hauer and Co.

Sorry, the comment form is closed at this time.